I know that most of us make do with what we have, I am no exception.  Our home is a 1976 4 bedroom, 2 1/2 bath, nothing special house.  We have made many changes in the 10 years we've lived here - it still screamed 1976 in 2000.
The living room windows are a challenge for me.  The three large windows take up almost the whole wall, which IS nice because it lets in lots of light, which is also NOT nice because it lets in lots of light! The windows certainly aren't country/prim at all. If you look closely at the right hand side, you can see that the windows are recessed back into a jut-out (is that a word?) which is kind of interesting. 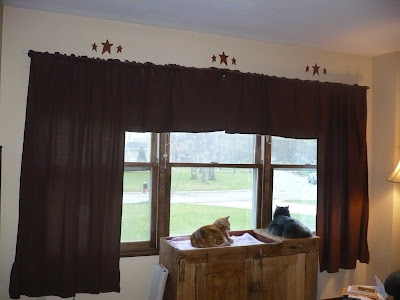 These dark brown curtains are my second attempt to figure something out for these windows.  I made them a few years ago and have never really been happy with them.  Previous to these, I had made valances I copied out of  Country Curtains.  Those went bye-bye to be replaced with these dark brown ones. 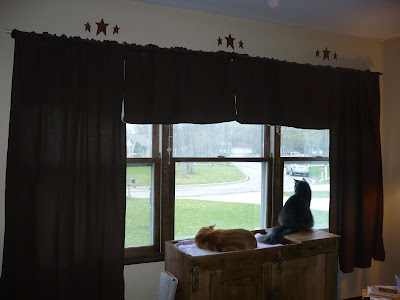 In an effort to go simple, I bought a bolt of osnaburg and tore pieces for these curtains.  I stitched a rod pocket at the top and tied them back with string.  While I would like to string these across my windows on jute, instead of having the rod, that isn't possible.
The new curtains...... 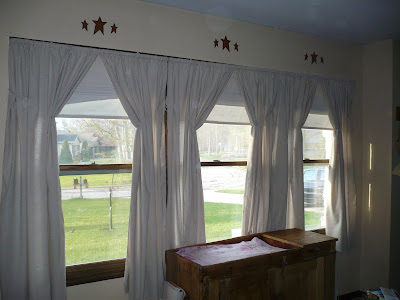 These windows face South and I have to have the roman shades on the windows for blocking the sun in the summer - just to cool down our living room.  Because of the shades I can't hang the curtains on jute - like I would like to, but I will make do!
Oh, and by the way, I didn't throw out the cats with the dark brown curtains - I have no idea where they disappeared to for the final picture!
~Ann
Posted by Ann at 8:35 AM 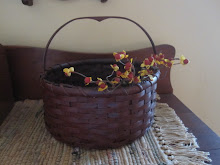 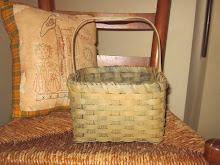 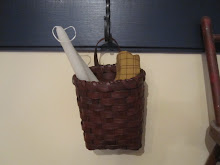 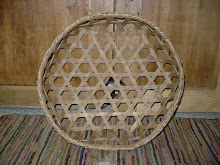 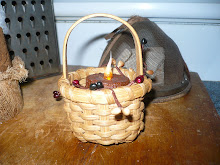 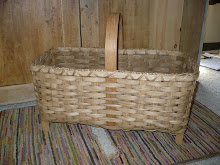